Last March I wrote a blog called What I Want For My Daughter“. In it I talked about how I want Claire to grow up as one of the “cool girls” at school.  That blog has been on my mind lately, and I decided I want to take it just a bit further.

But first, I need to go back and explain what I mean when I say “cool girls”…

Cool girls, to me, are the ones who are comfortable in their own skin, are comfortable around the guys and are athletic enough to kick someone’s ass if need be. Cool girls enjoy sports and are able to hold her own with anyone. Cool girls aren’t “Queen Bees” or the “Wannabes.” They are the absolute opposite of that.  Cool girls, to me, are like Honey Badger…they don’t give a shit what anyone else thinks of them, they don’t need validation from anyone but themselves or if they do they seek it from those who bring them up.  They have the world at their feet.

I think Claire is on her way to becoming a cool girl.  She has self-esteem out the ass.  She’s smart, she’s strong, she’s tough, she’s competitive.  She’s out to rule the world…in a good way.  She has the kindest heart but she’s not going to take shit from anyone.  I’m glad she’s on the path to being a cool girl.

But I want to take this just a little further…

I was not what I considered a cool girl in high school.  From what I remember of myself in high school, I was a little shy, a lot awkward and extremely prissy.  But I have grown up and into the cool girl role, for the most part.  (I still have some little quirks, but hey, who doesn’t?)  I had to shed the shy, the awkard and the prissy so I could be a good example for Claire.  I didn’t want her growing  up like me ~ I want her growing up to BE a cool girl because it was the cool girls I looked up to and admired in high school…not the queen bees or the wannabes. I didn’t want to be one of them. I wanted to be a kick ass cool girl. So I claimed the long desired title for myself.

I could give you a list of the girls I had in the cool girl category in high school and my list would probably surprise the majority of  my class mates. My list would be mostly devoid of names of girls in the popular group and it would contain no names from the queen bees and wannabes.  They were not the girls I aspired to be.  Cool girls were the “it” girls to me.

So to all of the women I know out there…let’s all aspire to be cool girls!  If you’ve lost your way in the cool girl realm, that’s OK…come on back!  We want you here!  Let’s all be like Honey Badger…never giving a shit what other people think of us!  Let’s kick our poor self-esteem to the curb, thumb our noses at how others percieve us, and bring the world to our feet!  We’ve got that world to rule…in a good way!

Here’s to you, Cool Girl… 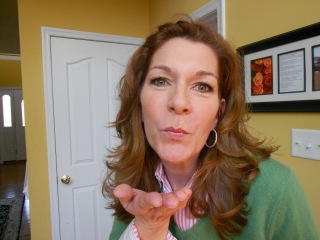