It’s official.  Zach is now  licensed to drive ~ alone….meaning without me or Stan in the car.  He can just fire up a car and drive off without me.  The apron strings just got a little looser.  DAMN!

The driving instructor called this morning at 7 a.m. asking if Zach could be ready to leave earlier than originally expected.  I sent Lucas up to the third floor with the task of waking the sleeping giant.  Zach shed his usual morning teenage slothfulness and zipped down the stairs, ready to rock and roll, excitement seeped from every pore.  He was ready to finish up instruction and get moving to the real deal.  Zach’s instructor showed up while I was taking Claire to school so he was gone when I got home.  My wait for his return home was short lived.  He came bounding, puppy like, into the house with request that I come outside to sign papers and give the instructor my license.  The time for his own license was here.

Zach now proudly possesses that little piece of paper that means he is growing up.  I tried my hardest to hide his new license from him after the driving instructor handed it to me.  I ran into the house as fast as I could and tried hard to hide it.  I danced back in forth in front of Zach so he couldn’t see where it was ~ on top of the safe.  I bobbed and weaved in front of him, keeping him at arms length just to keep those darn apron strings a little tighter for just a moment.  I know he must have thought I was a complete and total nut case dancing in front of him, keeping him from his prize, but his mood was too light so he played along.
And then the phone call came.  The phone call from Lucas asking me to please bring his forgotten project to school.  Zach listened in to the call and piped up saying “You know, Mom, I could bring it to him for you.”  His eyes were alight and his mood was cheery – there was no denying him his first taste of freedom.  I handed him his license and was enveloped in a big, bear hug with Zach whispering, ever so sweetly “You know, Mom.  I’ll always be your baby.”  I know, Zach.  I know.  You will always be my little baby in my heart.  But my head knows you are growing up and I am powerless to stop it.  God how I love that man-child.  And God knows how I hated watching him drive away…alone.  But I did it. 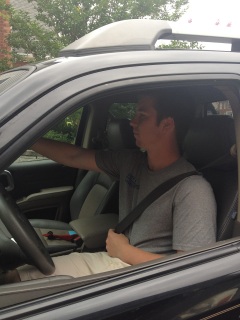 I did it knowing he would be back shortly.  I did it knowing the truck didn’t have much gas.  And I did it for Zach who has earned my trust over the past year and deserves the opportunity to relish his first taste of freedom.  He was home shortly after he left, telling me he was a little nervous out there alone.  And I smiled a knowing smile, glad he was home.

It was shortly after Zach came home that I had to leave to run my own errands and when I came back Zach was just leaving with the keys to “his” Volvo.  He told me he was going to his friend’s house to pick him up and then he was off to football practice, saying he would be back later.  I looked at him, as he walked to the car, with a small stab of something piercing me, maybe sadness, maybe pride or maybe both together.  He must have felt something emanating from me because as quickly as he got into the car he pulled himself out just as quickly, returning to me with another giant hug and an “I love you.” 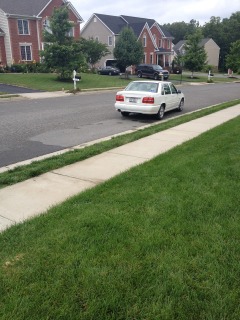 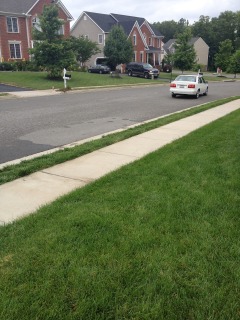 I stood, rooted to my spot, watching Zach drive away.  But I did for the love of my children….

One thought on “A New Driver”