It’s official.  I have a senior in high school.  Zach and I were just talking about the new role he and the class of 2014 is assuming.  The senior class of 2013 is gone.  They have left the building.  The juniors are now the new senior class.

I never thought this day would come so quickly.  In 1996 it was hard to fathom writing the words, “Zach is a senior.”  And it was impossible to imagine the thought of looking up into the sweet face of a handsome young man who stole my heart the minute he came screaming into this world.  I have to say I’m not ready.  I’m not at all ready to say, “I have a senior in high school.”  I am sitting here with a lump in my throat and tears in my eyes as I think about how quickly this year is going to pass and then I will have to say, “My oldest just graduated from high school and he’s now in college.”  How did time pass so quickly?

I was looking back at pictures this morning and I found these two pictures.  Two polar opposite pictures of the same young man. 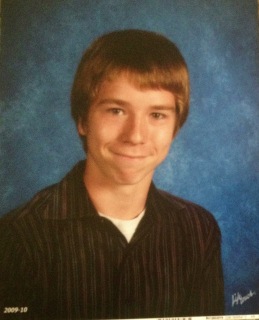 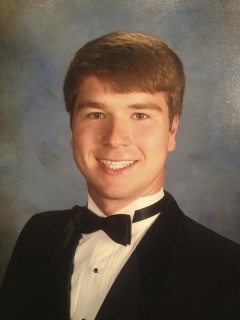 They exemplify the reason I am not ready to say, “Zach is a senior.”  I still see Zach as the goofy eighth grader who decided to make his class picture memorable by smiling in a way that only an eighth grade class clown can.  But the two polar opposite pictures go on to tell the story…even though I’m not ready.  Zach is.  He has matured into the handsome young man on the right.  And he is ready.

While it may be official that I have a senior in high school I still don’t have to like saying it, but I have to admit I so enjoy the young man who has become The Senior.